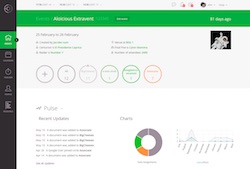 EventCollab is a richly-featured web application for event management. Users can create and manage collaborators, documents, and tasks within each event, while a calendar ties them all together. We built the majority of the front-end in AngularJS. It is a massive Angular application requiring well-factored interfaces for model and state management.

We also built in full google integration, including two-way data synchronization for users connected to the app via Google Drive. We created all the front-end Google integration as well as a separate server capable of handling hundreds of Google Drive push notifications a second. The service runs on Node.js and is both cluster-aware and scalable. It uses Redis to keep track of transient information around Drive files and changes, and synchronizes changes with a message queue. 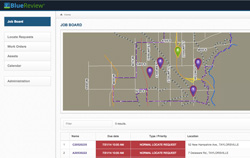 BlueReview is a web utility for helping governments and municipalities manage locate requests, work orders, and other services. In order to grow sales, they were looking to integrate with a couple other third-party services currently used by many potential customers. Unfortunately, this integration was cost-prohibitive with the existing application's codebase. It was clear that they needed a better-architected system in order to handle both planned and unanticipated changes.

We worked with a handful of BlueReview employees to rebuild the software from scratch. As they anticipated building a native iOS application, we proposed building a RESTful API for any BlueReview clients to be able to use. This single source of data would then be used by both the web client and iOS (and later, Android) clients. We implemented large portions of the API and the business logic behind each method. We also created the web application that the vast majority of users use to interact with the system. 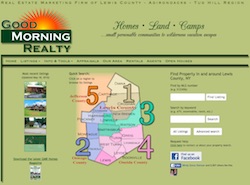 Real Estate moves quickly, and employees at Good Morning Realty were spending more and more of their time manually inputting their listings into several third-party systems. We automated this process, automatically parsing an MLS feed from the county to automatically update their own website as well as Trulia and Zillow. This alone saved hundreds of hours of tedious labor, freeing GMR agents do to what they do best: helping their customers buy and sell homes.

We also overhauled their publicly-facing website to make it responsive and to implement better searching and filtering, making it easier for customers to find a home to fit their needs. 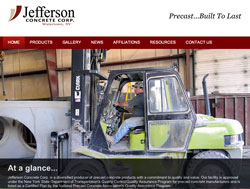 Our friends at Northern New York-based US Digital approached us about building a content management system for their client. We migrated the legacy PHP-based site to Django, where we could easily make the content editable. Also, we added an additional security layer for engineers to be able to view more detailed CAD drawings for some products. The final enhancement was an online submission wizard, where customers can fine-tune a product order with additional accessories and drawings. A PDF containing all the product drawings and cutomizations is generated and submitted to Jefferson Concrete. This feature automated a formerly labor-intensive manual process, saving the company thousands of dollars. 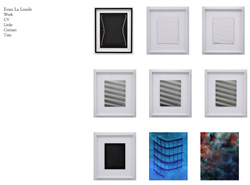 Evan, a prolific Portland, OR artist, was in need of a way to show his work to a broader audience. He wanted the site to stay out of the way so that the high-resolution work imagery would stand out. He can post teasers of what he's currently working on in his studio, as well as past works. For past shows, we built an iOS-style image slider for easy, full-size viewing. He can easily manage all content on the site through the Django administration interface.

Teaming with local interactive über-agency We Like Small and the client, we transformed Pereira & O'Dell's site from buggy mess to sexy, clever, interactive showpiece. Working with the original vertical-scroller site concept, we added fixed navigation and all sorts of javascript effects to create an engaging, aesthetic experience. We built a customized YouTube video player which falls back to a separate player on non-Flash capable devices. The news section pulls real-time agency data such as meetings and tweets to calculate a "mood." Finally, we enabled the agency full control over the content of their site via a fully-functional, Django-powered Content Management System. 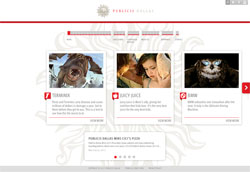 Our first major project for local interactive shop Super Top Secret was for their friends at Publicis Dallas, one of the US locations of Publicis worldwide. They needed an update to their bare-bones Flash site, and provided their desired design and navigation. We ran with it, building a highly interactive, animated single-page site with a portfolio, several case studies and detailed information about the agency. One unique component to the site was the horizontal scrolling, which, rather than stretch an existing bloated javascript library beyond its original design, we opted to build one from scratch in a few hours. The result is smooth navigation between the tiles with a minimum of javascript code. Furthermore, we added social media sharing for portfolio pieces, site-wide client-side search, and a news widget which pulls in the latest articles from their accompanying Wordpress-based blog.

Rather than use the default, often clunky administration site provided by Django, we opted to build a CMS from scratch. The resulting interface is vastly superior and quite easy to use. This custom CMS was built with the help of a few talented freelancers in order to meet a tight deadline, and the fully custom mobile site (check it out on your phone or tablet) was built in-house at STS. Overall it's been quite a project which we're proud to have contributed to!

We were contacted by our homies at Super Top Secret to build a revamped version of the Ski Utah iPhone app. Enticed by the opportunity to work on a new platform, we agreed, and a few weeks later the new version was in the App Store. This included a small gaming component where users can check in, earn rankings, and brag to their friends. Afterwards came an iPad version, and soon the app will be seen in Kiosk form in various snowy locations across Utah.

The codebase was entirely rewritten in native Objective C, using Core Data and UIKit. The design necessitated heavily customized UI components, some built from scratch and others tweaked from existing libraries. An animated intro video displays for only as long as necessary to load the app data, and most content can be shared on Facebook and Twitter. 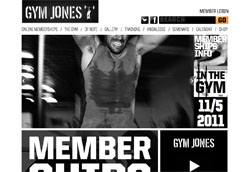 Our second project for Super Top Secret was a revamping of the original gymjones.com. It was beginning to show its age in both design and functionality, and their ever-increasing online memberships dictated a new, simplified back-end. Phase one of the project only consisted of the public-facing site -- yielding a drastic aesthetic improvement over the original. We took the new design (created by STS) and built it out in HTML5/CSS3, incorporating an interactive and intuitive photo gallery and calendar/miniblog. All the content is editable via a Django-powered content management system. Check out the new site here.